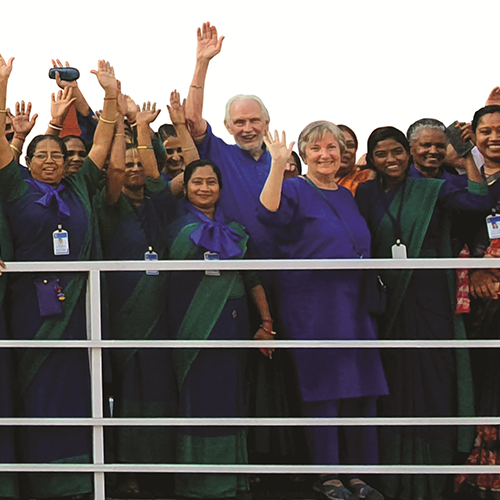 Paramhansa Yogananda Public Charitable Trust is a non-governmental organization, which started in August 2015 with a vision to uplift the consciousness of society through Seva for the betterment of elderly women in India.

Ananda Sangha, a worldwide spiritual movement, is the Trust’s sister organization whose energies provide it with the inspiration to move forward in its work. In 1969, Ananda was founded by Swami Kriyananda, a direct disciple of Paramhansa Yogananda Trust. Paramhansa Yogananda, 1893-1952, was the first yoga master of India to take up permanent residence in the West. Yogananda’s best known work today is Autobiography of a Yogi. Considered a spiritual masterpiece and acclaimed by prominent men from many fields, the book has inspired and continues to inspire millions with a vision of their own innate Divinity.

In his commentary of the Bhagavad Gita, he explains ‘Nishkam Karma’ to be selfless service without focusing on consequences of the outcome. “Service is ennobling. It is a way of offering our human littleness into the great Reality that is God... Service should be given with an inward consciousness that Lord resides in us all. When we serve others in this spirit, we find our own soul becoming free of ego.” These principles of inclusiveness, equality, proactivity, and humility form the foundation of the Trust’s vision statement.

The Yogananda Trust is a humble endeavor to manifest his compelling insight on selfless service and self-realization. 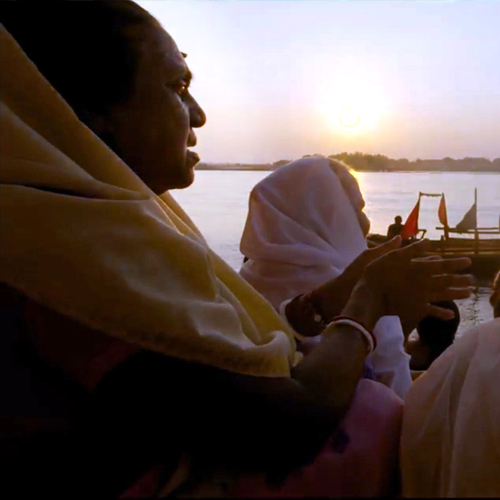 Isolation and invisibility are what have come to define the elderly women in India. A population of 53 million and rising, majority of these women reside in rural areas in dismal conditions. They are abused and abandoned due to lack of income or assets, physical dependency, migration, and socio-cultural norms following their husband’s death.

There are several initiatives by the government and NGOs to provide support and raise awareness on elderly care. However, the gap between elderly vulnerabilities and the care required is widening with only 1,700 old age homes across the country, inadequate pension schemes, and practically no social security system for the elderly.

As per the latest UN report, the population of the elderly in India is expected to rise to 177 million by 2025. This brings with it several sociological challenges that we as a society need to start responding to now. How do we make these vulnerable elderly women self-sufficient so they can live their lives with dignity? How do we redefine their role in the society which imparts them integrity and respect? How do we become more responsible and accountable towards the elderly women?

Societal change happens at a glacial pace, once we begin. If we are to become a conscientious society, we need to lay emphasis on improving the status of the most vulnerable section of the society – the destitute elderly women.

It is not hard to imagine that among the destitute elderly women, condition of widows is worse. There are hardly any reliable reports accounting for the number of widows in India. In Vrindavan alone, their count ranges between 8,000 to 10,000. Only a fraction of them are taken care by the governmental bodies and NGOs. There are still hundreds of them living in acute poverty with no social or emotional support.

Vrindavan came to be known as the ‘city of widows’ since the 16th century, when it was rediscovered as the holy land of Lord Krishna. As per the customary tradition of Hinduism, widows from different parts of the country came here to live a life of solitude and spirituality. Unfortunately, over the years, the condition of widows and elderly in Vrindavan has become worse. They have been forced to leave their houses, abandoned by their husbands and children, and have been subjected to physical and mental abuse. Many of the women now come to Vrindavan for lack of choice and resort to begging to make ends meet. There have been unfortunate cases of several deaths of widows due to starvation, medical neglect, abject poverty, and abuse in Vrindavan.

The Yogananda Trust started its operation in Vrindavan to bridge this gap by providing urgent support to the deprived elderly women, mainly widows. 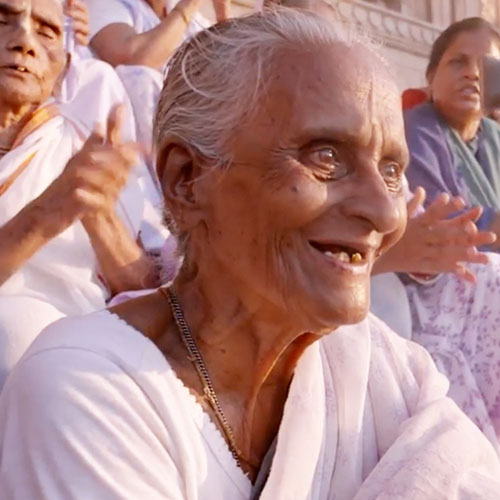 Serve with love and compassion, and be the family to the abandoned elderly.

Change the attitude of society towards elderly women.

Promote ‘Seva’ as a path of spiritual upliftment. 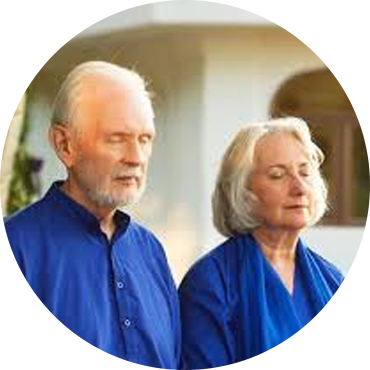 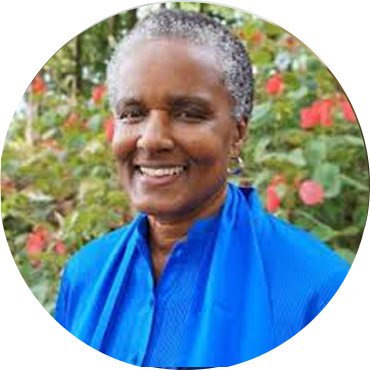 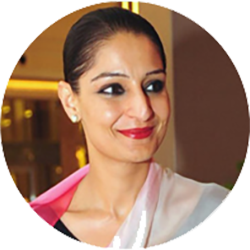 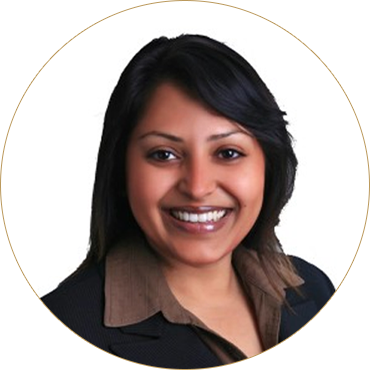 Wind beneath the Trust’s wings!

Over the last five years, the Trust has built a team of 76 committed and dedicated full-time employees, consisting of Program Managers, Coordinators, Caretakers, who tirelessly work towards the betterment of the mothers in Vrindavan and Radhakund. The team has a diverse mix of skills, competence, and experience in the filed of medicine, elderly care, community service, and management. 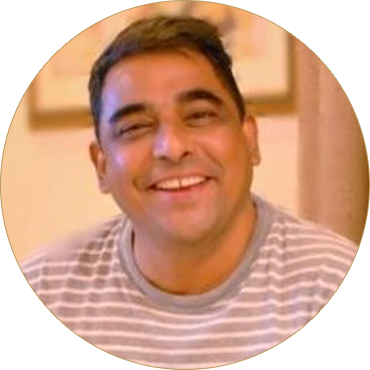 He has been entrusted with responsibilities as member of the High Power Commissions by the Hon'ble Supreme Court of India and Hon'ble High Courts of Delhi and Kerala.

He is currently associated with several organizations promoting spirituality, value based education, health for all, welfare of the rural people and farmers, environment and clean and Renewable Energy. He has edited and published several books and articles on various subjects.

His periodical well researched Newsletters on various themes are circulated all over the planet and valued by distinguished personalities and even in the UN organisations like World Bank and IMF.

Pia Singh is a Director on the board of DLF Limited, India’s largest real estate company.

Pia is the Chairperson of DLF Foundation, the philanthropic arm of the group, which works in the field of education, infrastructure, and creation of socially and culturally relevant institutions. Prior to that, she has been the Chairperson of DLF Retail Developers Limited and Director of DT Cinemas Limited. In that position, she has spearheaded the creation of numerous DLF Retail Malls, including building the country’s first luxury retail mall and creating and building DT Cinemas across North India, and establishing DLF as one of the leading mall developers in the country.

Pia is a dedicated devotee of Paramhansa Yogananda and serves as a trustee of Ananda Sangha Trust, which is the spiritual organization and works to spread Paramhansa Yogananda’s teachings in India. In this capacity, she operates many teaching centers across India and has a large online presence too.

Brahmachari (Dr.) Aditya Gait is the Spiritual Director of Ananda, Pune, and a Medical Practitioner, whose chief interests lie in sharing the teachings and benefits of yoga as a healthy and successful way of life. Br. Aditya has been actively sharing these teachings in corporates, medical facilities and other institutions across India, Asia, USA, and Europe since 2008. He is a monk of the Ananda Renunciate Order and, in addition to his medical service, loves to offer an integrated health experience at physical, mental, and spiritual levels, based on the teachings of Paramhansa Yogananda.

Jayeeta has been associated with Ananda Sangha since 2013. She is a practicing Kriyaban and a certified meditation and healing teacher. She has successfully co-managed Ananda Sangha center in Gurgaon, and has been instrumental in training and bringing about various service departments and teams.

She is Masters in Sociology and has been a Human Resource consultant, specializing in recruitment and training with more than 22 years experience in the Hospitality Industry. She has extensive experience in training employees at the SOS International Clinic, China, and setting up training units in Thailand and Maldives. She has designed and delivered innovative Learning and Development projects, not only for the Hospitality Industry and the Corporates (IT and Non IT) but also for students of various age groups.